skip to main | skip to sidebar

A friend of mine wrote a blog post entitled "Be careful what you wish for" and my post today is about that.
We spend most of our lives wishing for this, wishing for that, thinking, "if only I have X I will be happy", forgetting to be happy in the meantime and letting wonderful, beautiful things pass us by.
Sometimes we get a wake-up call - losing someone we love, or something we value; or seeing someone else get what we want and realising that it's not necessarily a piece of cake.
I am trying to be happy in the present - after all, my life is ridiculously good in most regards at the moment, and I am deeply grateful to the Goddess and the God. So I will stop whining about that which I cannot have, and immerse myself to the fullest in what I have right now.
Posted by Evyl Shnukums at 4:35 AM 1 comment:

I have recently gotten myself into numerous veganism-related discussions, some more amicable than others. I felt that perhaps I should clarify why I feel so strongly about the vegan lifestyle, and why I will not shut up J


Yes it is a personal choice. But while omnivores exercise that choice, animals suffer and die. People attack vegan ideology from economic, cultural, personal liberty and other perspectives. And whereas I feel that the facts stand up for themselves in these matters, the plain and gory truth is that, for you to eat an animal, the animal must die. For you to eat eggs, a chicken must lay them. For you to eat dairy, a cow must become pregnant, have a calf, and be milked.

This is where Mr James LaVeck's brilliant quote comes in:

"There is a reason why human rights groups do not endorse 'humane' methods of executing political prisoners, and why children's rights advocates do not collaborate with the pornography industry to develop standards for films that make 'compassionate' use of runaway teens. To do such things is to introduce moral ambiguity into situations where the boundaries between right and wrong must never be allowed to blur."


Yes I completely subscribe to that. Even if slaughtering methods were humane (which it simply cannot be due to the overwhelming demands for meat, and let's for one minute forget how animals are raised), it is my honest opinion that taking away a sentient being's life – except in extremis, such as a dog with a terminal illness – can never be anything but cruel.

As for eggs and dairy, is it possible to provide these to a 7-billion strong population in a "humane" way? No, again the demand is too big. We simply do not have the space for truly free-range chickens, and cows do not produce enough milk to be viable if their calves are left with them. Besides that, as long as animals are exploited for their "products" they will remain a commodity, in the same way that slaves were still a commodity no matter how well they might have been treated by some of the slave owners. And being a commodity means not having universal, inalienable rights. It means being vulnerable to abuse, it means never being free, and it means that when you are no longer economically useful, you will be discarded by the cheapest means.

Gary L. Francione calls our relationship with animals morally schizophrenic, and I feel this is accurate. We accord some rights to companion animals and all decent people are horrified when cruelty is inflicted on these companion animals. But most of the same people seem blissfully unaware that similar cruelty is perpetrated against "food" animals every day. And of course people generally do not feel that animals should have rights like humans do, forgetting how the same rhetoric, the same excuses were used to subjugate black people and women, to excuse the horrible abuses of religious inquisitions and in the early lunatic asylums.

We are told that anthropomorphising animals is bad science, but is it? Animals, especially mammals but to a large extent birds, have similar brain structures and similar neurotransmitters, and their brains behave in similar ways to ours when similar stimuli are applied. So how different can their emotions be? Even here our beliefs about animals display a certain logical disconnect. We accept that animals can feel fear, but not that they can experience love, or grief. Except maybe a dog, right?

When these things are brought to people's attention, those doing so are usually seen as "extremists" and all-round unpleasant people. But knowing how animals – whom I passionately love – suffer every day, for every egg or slice of bacon someone eats, how can I be expected to remain silent? I do not judge nor do I seek to prescribe. What I want to do is to challenge misconceptions, but perhaps more importantly, I want to challenge why people hold the opinions they do. Is it truly your opinion or did you inherit it?

The first post is up on the vegan food blog is up and running. Please check it out and comment, request stuff, argue, whatever. 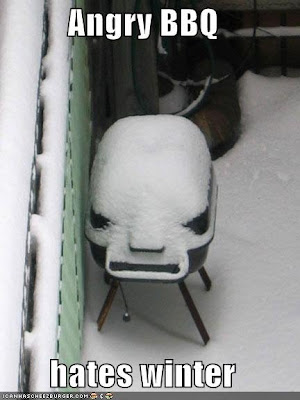 ...or have at least misplaced it. For a while now I haven't blogged because I couldn't think of anything to blog about. Now I have realised why. I am too happy. My life is going quite smoothly. I have a decent job, family life is good, I have actually been out a couple of times, etc etc. Generally life is very good. So I am not angry enough.

While I am certainly not complaining (I am quite satisfied with my life being this good thank you very much), the rest of the world is pretty much the same as always and there's plenty to be angry about.

So to start off with I have today's WTF moment - I mean who would want their daughters to be armed with knowledge about sex, right? And who actually sits down with their 13yr olds to see what they're watching on TV?? Shocking *rolls eyes*

But even better, read this. Seriously, when is this crap going to stop? How can this madman and his evil camarilla be allowed to continue destroying Zimbabwe? And will our president actually do something for a change??

Only time will tell, but of one thing you can be sure: I am back, and pissed off as ever ;)
Posted by Evyl Shnukums at 10:52 PM 1 comment:

Evyl Shnukums
I am very opinionated and having spent years on mailing lists debating about numerous issues, I have now felt it necessary to start a blog so I can preach to a comparatively captive audience :) Anyway, feel free to disagree - I'd love to hear from you